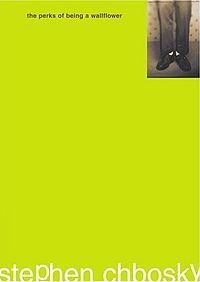 This week I’m reading  Stephen Chbosky’s The Perks of Being a Wallflower and, of course, now I’m thinking about how I like quirky, distinct characters in writing.

Also I’m wondering how best to create my own characters like Charlie, the book’s first-person narrator.

If you haven’t read the book, it’s worth the read. Unless you hated Catcher in the Rye and A Separate Peace. I liked both.

But anyway, about characters.

If I were in a book, what kind of a character would I be? Or maybe, how would I write myself to be interesting and compelling?

Even if I changed myself, I’d still have haters out there, so what’s the point? I mean, I might as well let my freak flag fly.

So here’s my practice character sketch, based “loosely” on myself. Let’s call her, uh…Mable. 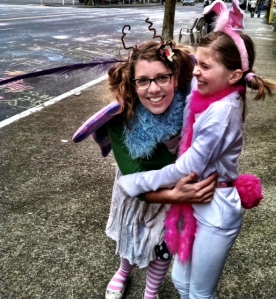 “Mable” dressed as a butterfly with her daughter, the bunny. 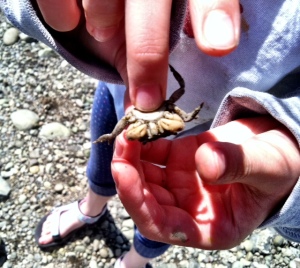 Well, that’s a start. I don’t know if you like her, but–and I know it’s narcissistic–I can ‘t help thinking she’s not too bad. I’d read about her.